Now that we are back in the Seattle area, we can’t just drive 2 or 3 hours in any direction and end up in 4 or 5 other countries. Thankfully, we have at least one that can be reached in such a short amount of time and it has a small slice of European flare too!  The city of Victoria, British Colombia.  The capital of Canada’s western province, Victoria is just as posh as any European city with more of a small town feel.  The historic downtown is very walk-able and full of friendly Canadians.  Plus it is also a great “training ground” for young children to practice walking and using their manners while going through an ornate hotel, a parliament building, a castle and museums.  There are loads of outdoor opportunities as well!

Playing on the Emily Carr monument in front of the Fairmont Empress Hotel.

GETTING THERE FROM THE U.S.

We’ve traveled to Victoria two different routes, but both by ferry.  Remember, you and your children will need a passport to enter Canada.  The first several times we took the Victoria Clipper, a high speed, passenger only ferry that departs from downtown Seattle and takes you straight to Victoria’s inner harbor in just a little over 2 and a half hours. It’s reasonably priced for a ticket, but tickets have to be purchased for each passenger over the age of 1 year old. For more information about the Seattle-Victoria Clipper, click here.  The one time I took our kids on the ferry I was traveling with a German friend and our 5 children collectively, no husbands. While the Clipper is fast and direct and provides children with a chance to move around, there are not play structures on board.  The boat can get slightly choppy sometimes due to the high speeds so people with motion sickness might feel it more than a regular ferry.  But we did have luck getting our whole party together around a seat section with a table and tried to keep the kids occupied with tablets, crayons and coloring books.  If you are only going to Victoria for the weekend, the Clipper is a nice option.  The other choices are Washington State Ferries from the U.S. to Vancouver Island or drive to Vancouver and take the ferries from Tsawwassen to Nanaimo area. Here are some helpful links regarding ferry travel https://www.ferrytravel.com and http://www.bcferries.com/schedules/mainland/

The 2nd time I took the children to Victoria, we went as our whole family of 5 and we decided to drive since we’d be spending a week up in Canada.  We drove to Vancouver and took the BC ferries from Tsawwassen to Swartz Bay/Nanaimo.  Just note that you then have to drive about 30 minutes down into Victoria from Swartz Bay I couldn’t have been more pleased with the B.C. Ferry trip.  It did cost us the gas to drive to Vancouver and then $95 U.S. to cross each way ($190 total), but that was still cheaper than the $425 it would have cost our family of 5 to go round trip via the Clipper.  And again, we were going to be gone a week so it was worth it to have our car with us.  The ferry had a decent food selection and two nice play/climbing areas for the kids!  Older kids could also enjoy spending their parent’s quarters in a video arcade. The trip went by so quick with the kids completely entertained by the playgrounds.

One play structure on a B.C. Ferry from Vancouver to Victoria.

Another playroom on a B.C. Ferry from Vancouver to Victoria.

We’ve only stayed in two places in Victoria.  The first time, without kids, my husband and I stayed at the Hotel Grand Pacific.  It was a nice hotel and less than 5 minutes walk from the Clipper Ferry terminal, but more on the higher end side of accommodations and price.  However, two doors down is a Days Inn, offering rooms around $80 compared to the Grand Pacific’s $280 price. But I have NOT stayed at the Days Inn.  I can only speak to it’s price and convenient location to the historic city center and Clipper Ferry terminal.  Both the Grand Pacific and Days Inn are another 5 minutes walk to the Parliament building and the Fairmont Empress hotel.  The rest of our stays in Victoria were at the Worldmark by Wyndham condos.  Part of a timeshare we owned.  They are about a mile from the ferry terminal, all walk-able side walk access.  It is about a 15 minute walk from these condos to the downtown.  There are several other small and large hotels and bed and breakfasts in this area, so you’ll have plenty of choices at the price you need,

SOME OF OUR FAVORITE ACTIVITIES: 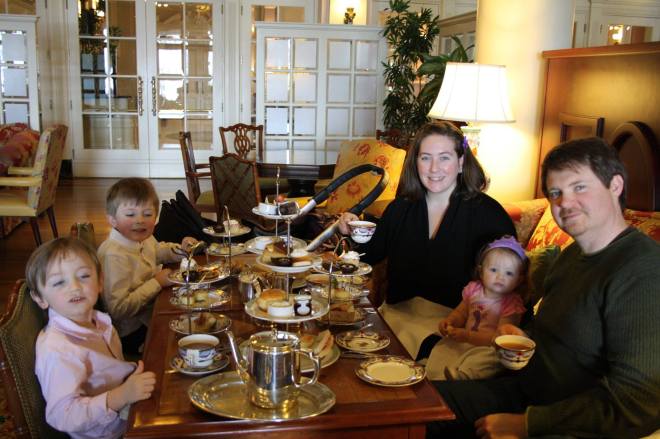 Royal B.C. Museum within walking distance around the inner harbor. 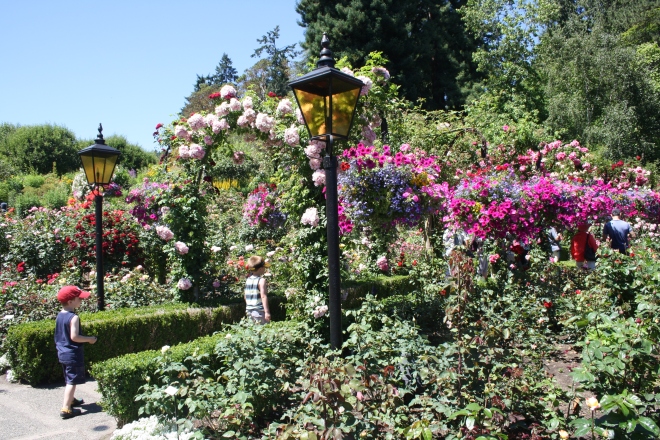 These are just the main things that we’ve done in the immediate Victoria city center, minus the Butchart Gardens outside of town.  Here are however, some of the things that we really want to go back and do that we have yet to experience.

The list could of course go on and on with more things to do in Victoria and the rest of Vancouver Island, but I hope this has at least shown a little why I call Victoria my “Europe in my backyard!”